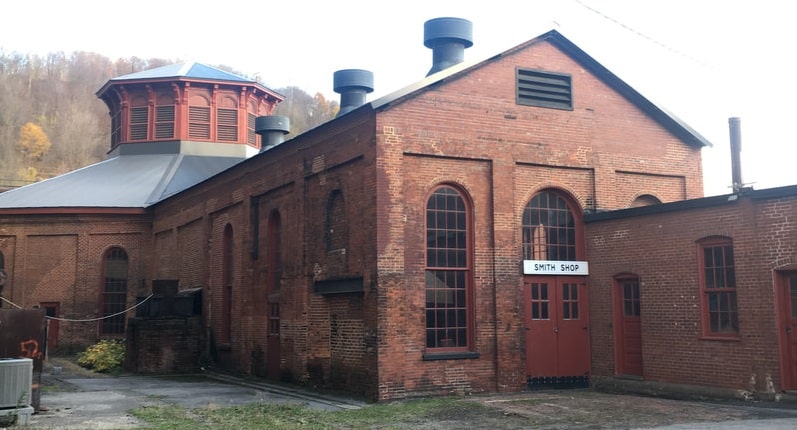 One of the most influential iron, and later steel companies in the United States, the Cambria Iron Company was established in 1852. The company grew to include five separate steelworks facilities in and around Johnstown. The company was acquired by Midvale Steel in 1916 and that company was absorbed by Bethlehem Steel in 1923. These ironworks produced a significant percentage of the world’s iron and steel for over a century, but by the 1970s, this region saw fewer jobs in the steel industry owing to a variety of economic factors. The former Cambria works suffered the same fate as many other U.S. steel companies and its furnaces went cold in 1992. The most significant remnants of the Cambria steelworks are a few buildings from its Lower Works along the Conemaugh River which are the property of the Johnstown Redevelopment Authority. The Lower Works, along with other remaining buildings from its other plants were designated a National Historic Landmark District in 1989. In 2018, the Redevelopment Authority reached an agreement with the Center for Metal Arts of New York to open a metalworking and arts school in the former blacksmith shop. 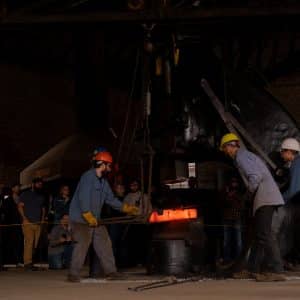 When a power hammer becomes a paintbrush by Dave Hurst

Picture a thick, 10-foot-tall G-clamp, fixed to the floor in a way that has the clamping screw oriented upward. Now in place of the screw, envision a piston capable of […] 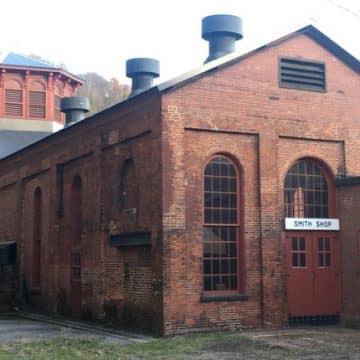 One of the most influential iron, and later steel companies in the United States, the Cambria Iron Company was established in 1852. The company grew to include five separate steelworks […]

Scroll to Top
YOUR CART