Forging technique and tooling is the key to quality work. Whether you’re interested in sculpture, toolmaking, architectural work or anything in between, this intensive workshop is a six-week course that covers a broad range of forging techniques both at the anvil and the power hammer. Strong emphasis will be placed on toolmaking and how those forgings and techniques are beneficial to all other areas of blacksmithing. Students will use these tools and others to execute a variety of forging and joinery projects that will illustrate proper tool usage and care.

Scholarships supported by the Windgate Foundation

Focus will start at the anvil and the first two weeks will primarily be projects that develop and challenge hammer control, different hand tools, and how to effectively use the anvil. During this portion of the class various tool making projects and smaller utilitarian objects will be executed through hand forging, striking, and joinery. A strong foundation of basic forging technique is key for development. Topics covered are tapering, shouldering, material isolation, upsetting, punching, drifting, and riveting. Students can expect to make various hand tools, punches, chisels, tongs, and  hammers. With these tools and more they will create a variety of other objects as well.

Traditional and contemporary, blacksmith and welder, designer and craftsman, forge and fabricate, draw and build. In this class we will identify and practice the many different skill sets involved in developing an idea and bringing it to successful completion in forged iron. Demos and discussions will cover design aesthetics, scale and full size drawings, connections, transitions, layout and cut lists, forging multiples, and jig making. Power hammers will be introduced to expand skills begun with hand forging, as well as minimal machine welding for jig and fixture development. We will complete practice pieces that will lead to the development of individual designs for creating finished projects.

Following the two-week power hammer portion of the workshop, projects will include hand forging, striking, and power hammer work. During this time a final project will be introduced that draws from all or most techniques covered in the workshop and involve a more complicated assembly. Design consideration and layout will be covered and tips to help keep your work accurate when assembling multiple parts. Students should expect to leave with a firm or better grasp of forging at the anvil and power hammer with a pile of tools they made to help them continue to grow as a blacksmith, and the confidence to work in other shops with other smiths. 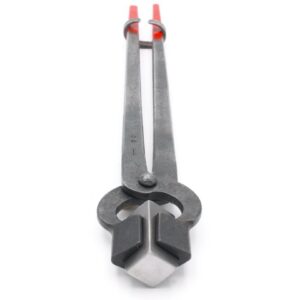 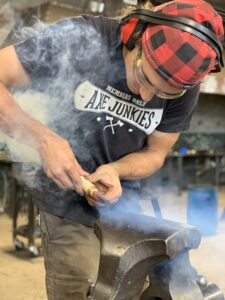 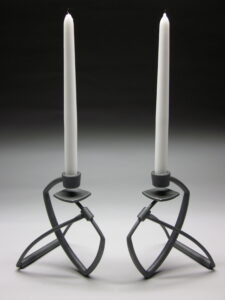 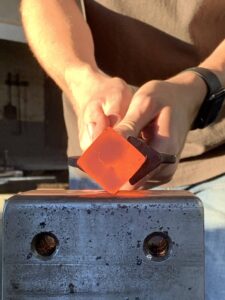 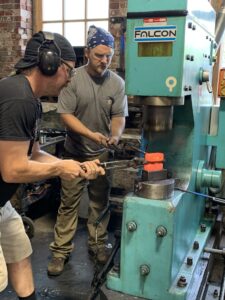 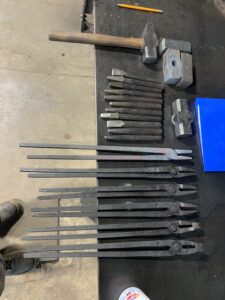 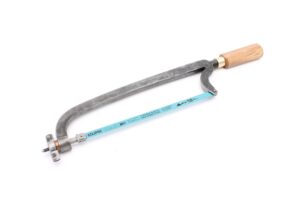 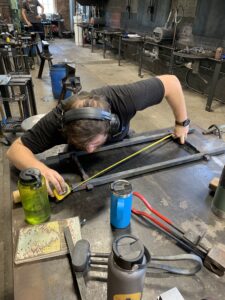 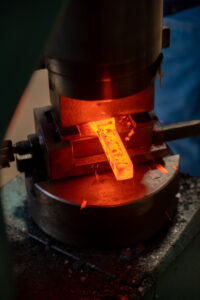 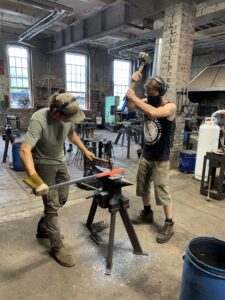