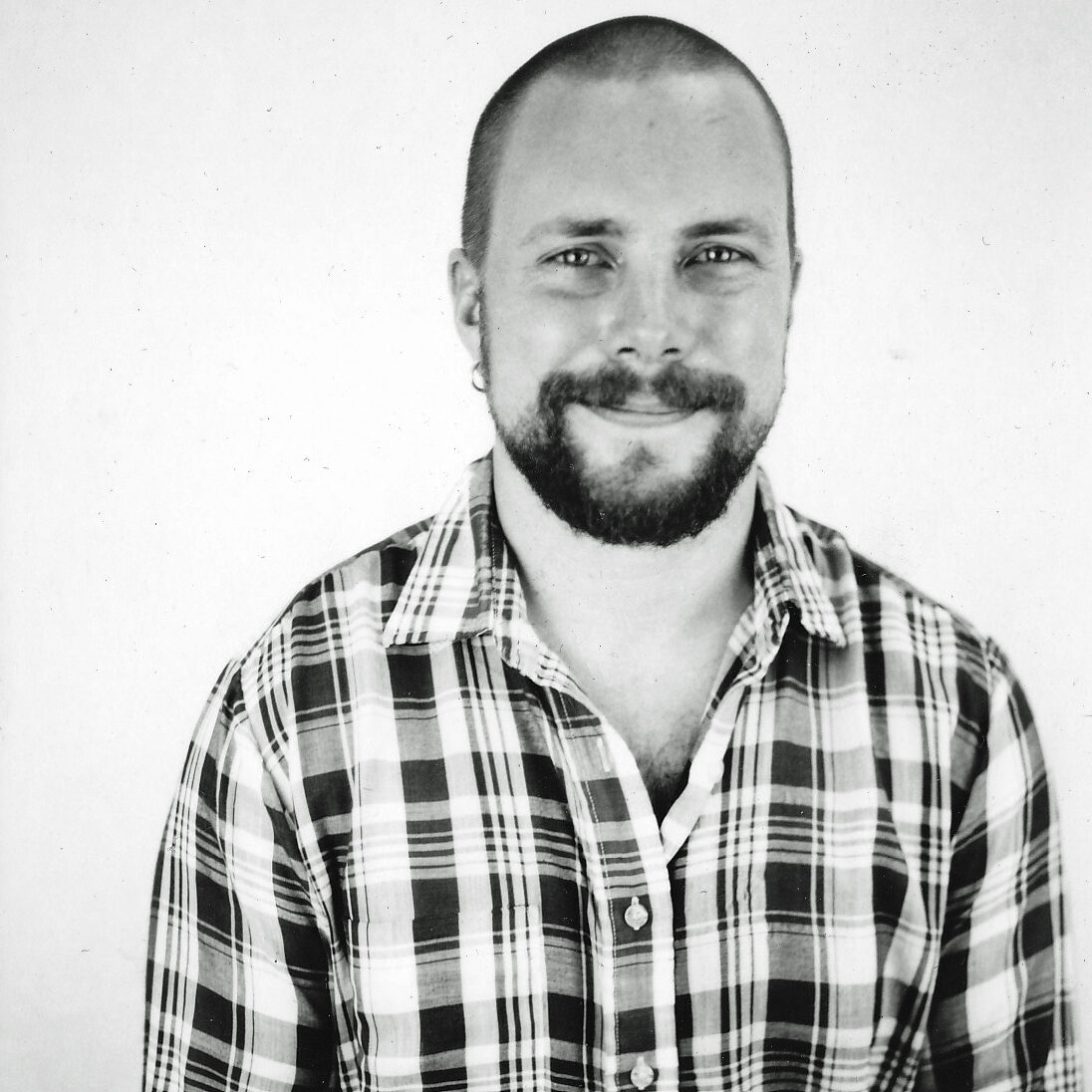 Seth Gould is a metalsmith and toolmaker who creates and ornaments utilitarian objects that range from simple tools to highly embellished locks. His work, which is strongly influenced by historic metalsmithing design and technique, typically begins in a coal forge and is finished at the bench with a file in hand. For the […] 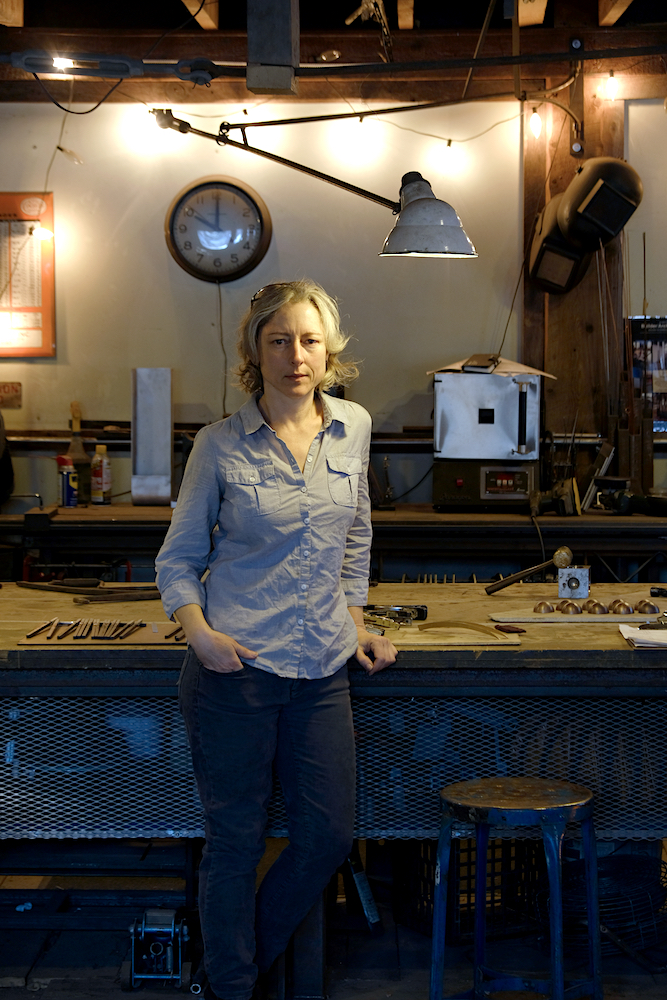 After her school years of playing with old cameras and dark rooms filled with chemicals and eerie light, Erica turned to the fine building trades and learned to be a metal craftsman by working alongside a metal sculptor and fabricator for several years in Boston starting in 1994, building unique and challenging custom constructions in […] 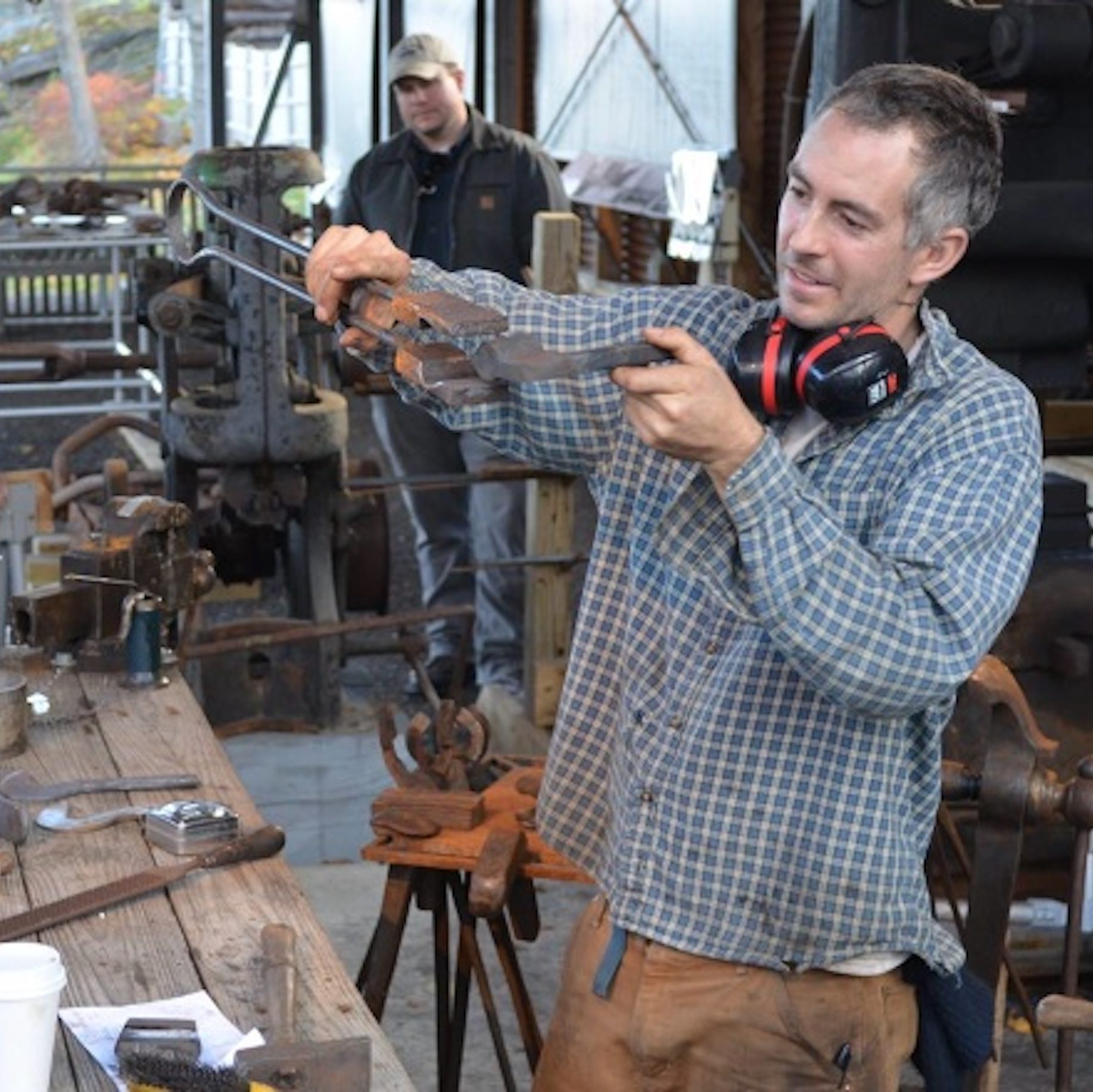 Aaron Beck is the sole proprietor of Handwrought Tools in Deer Isle, Maine. His training was through a series of apprenticeships in Montana, Wisconsin and Mississippi. His work is informed by his appreciation for the traditional trades, and his background in history and fine carpentry. With a focus on utility, his work includes specialty tools, […] 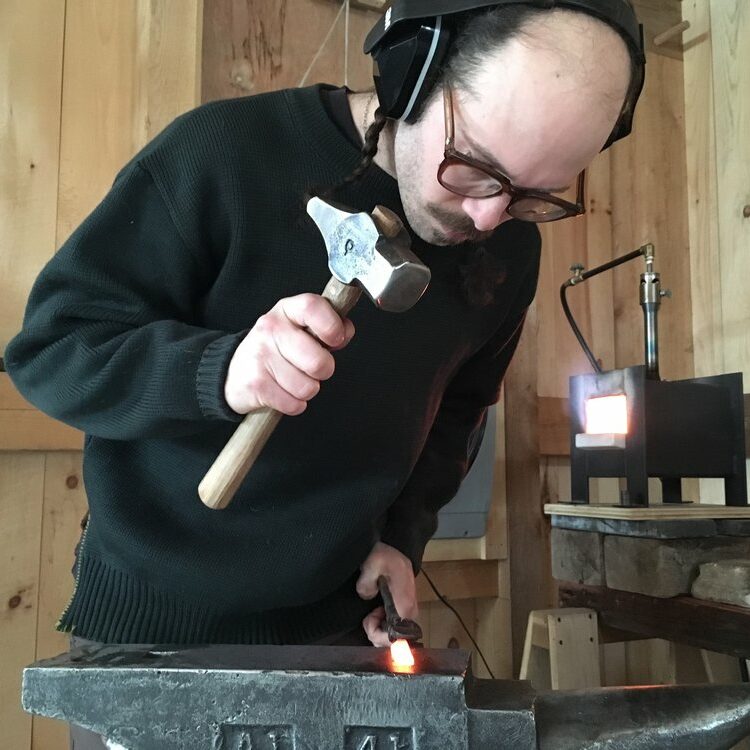 Reid Schwartz is an artist and interested human – He has been carving wood for most of his life and making tools for over 15 years. His explorations into traditional woodland crafts have grown into a passion for the tools and technologies of first nations makers from around the world. Reid lives on his family […] 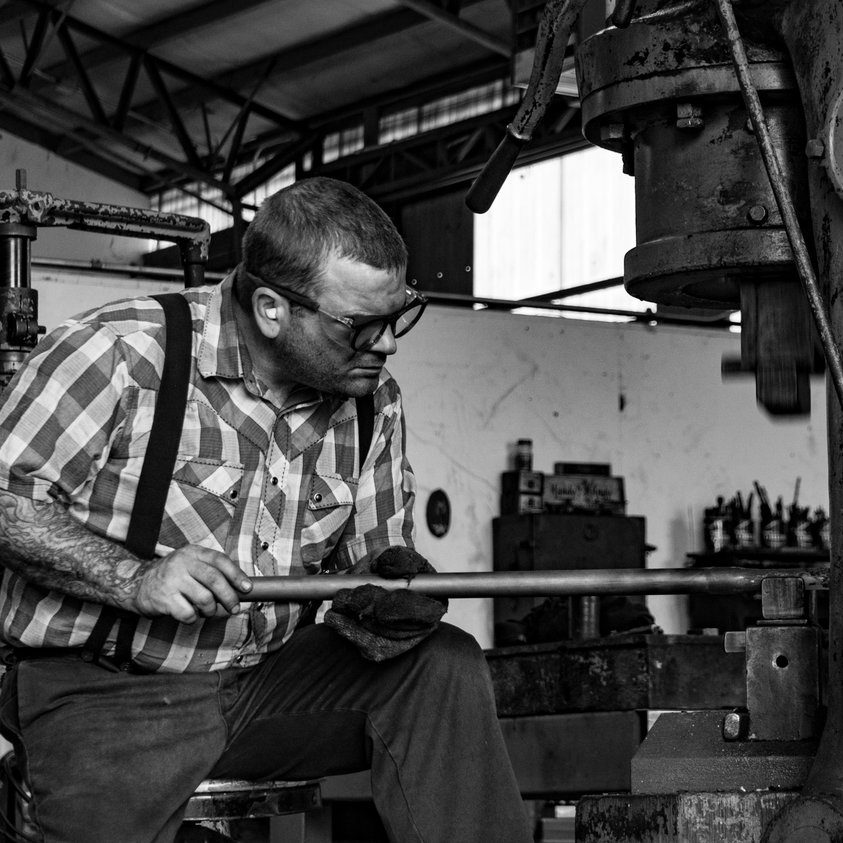 Andy is a third generation steelworker that started his career in 1992 as a welder and fabricator. In 2002 he made a transition into decorative metalworking with a focus on journeyman blacksmithing. For a six year period he studied at craft schools and artist studios across the US. This time was completely self-motivated with a […] 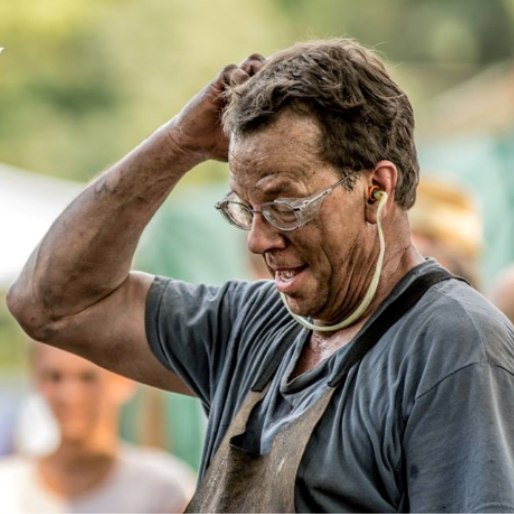 Lee began blacksmithing in 1973 at the age of 12, when he began his apprenticeship to Larry Mann. He has been a member of ABANA since 1974. After a 2 year flirtation with higher education, Lee’s journeyman years included stints with OK Barnes of Camden Maine, Chris Axelson of Carmel California, and Vaclav Jaros of […] 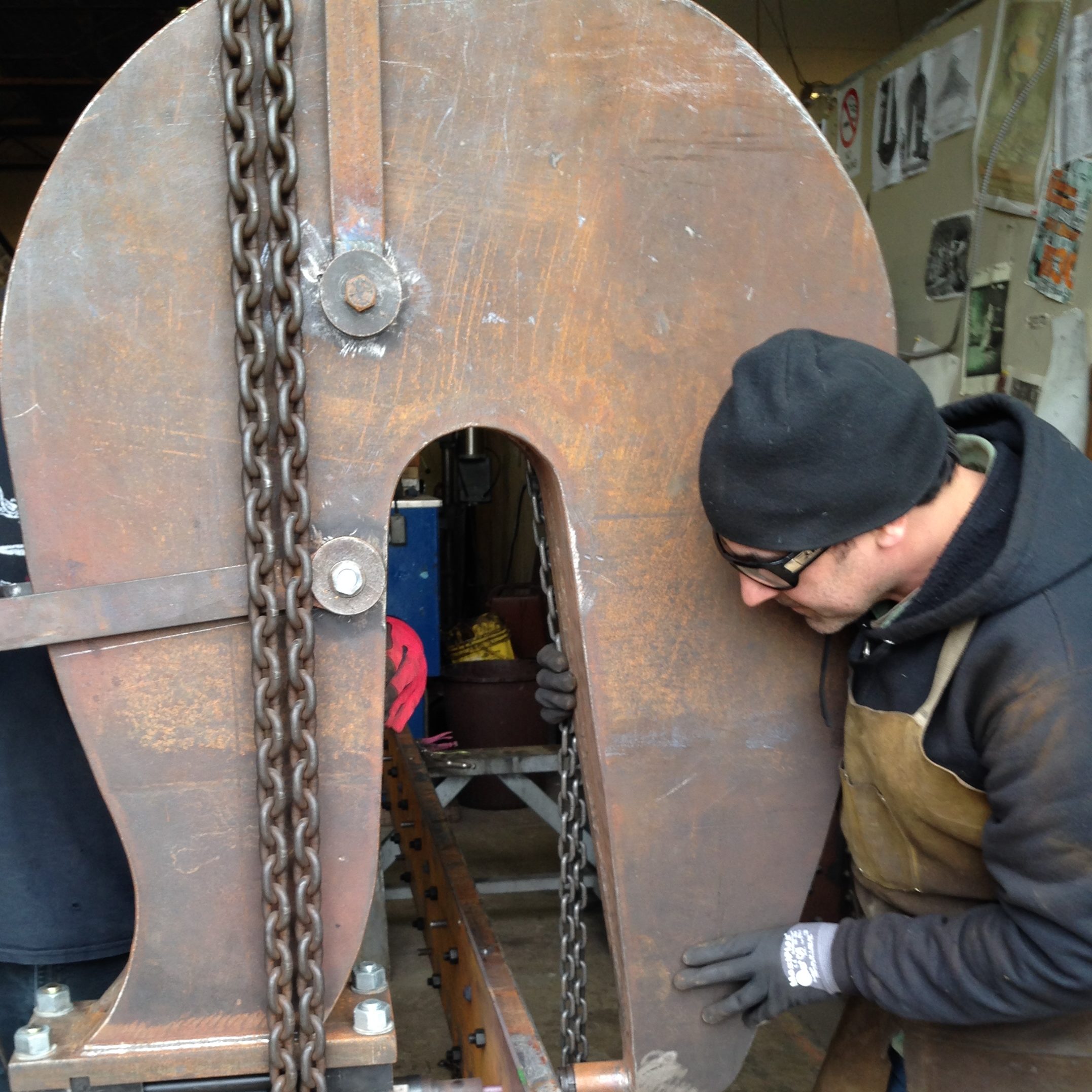 Steve has been immersed in industrial arts all his life. He is currently the director of production at the Sahale fabrication shop in Seattle, Washington. Steve’s deep personal interest in metal fabrication bore fruit in 2008, when he succeeded in recreating a complete set of tools and processes for reintroducing the lost art of structural […] 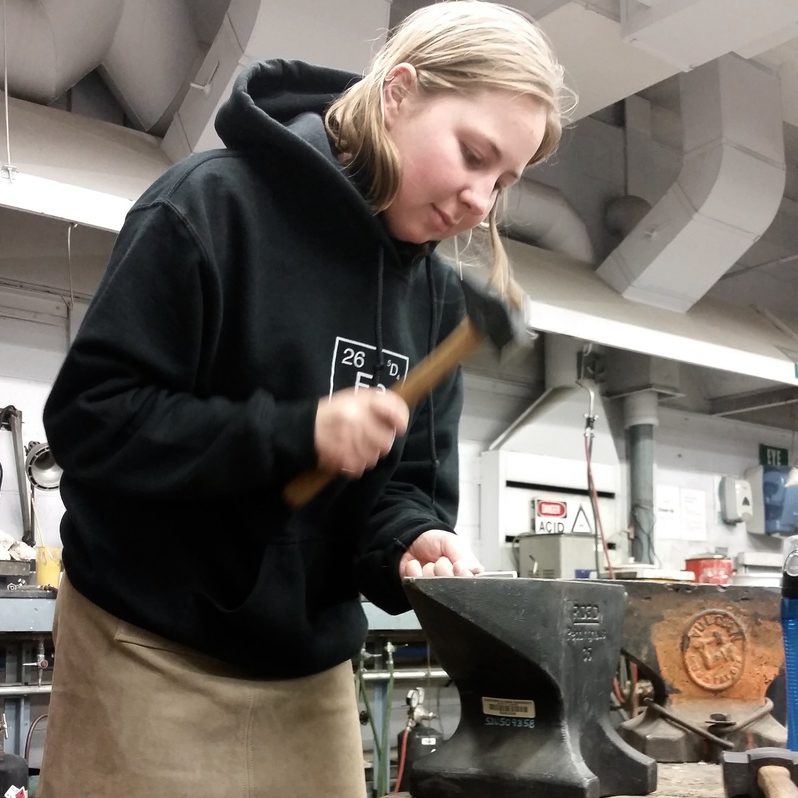 Marie DeWerff, born in Bloomington, IL received her BFA in metalsmithing at Southern Illinois University Carbondale. While there she was the recipient of the 2015 Rickert Ziebold Trust Award as well as a Windgate research grant. Marie’s work consists of functional jewelry and vessels that explore forged and fabricated forms. Marie has exhibited her work […] 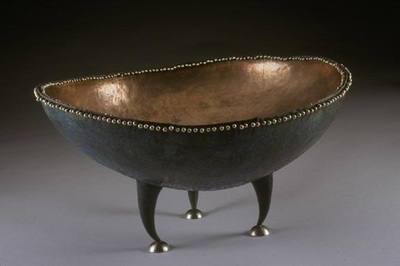 Darren Fisher is a Keyport, NJ artist whose works in metal, wood and earth include jewelry, furniture, decorative arts and indoor/outdoor installations. After citations for Outstanding Achievement in Fine Art Metals two years running and upon graduation from Millersville in 2001, Darren was quickly accepted as a Resident Artist and Metalsmith at the prestigious Arrowmont […] 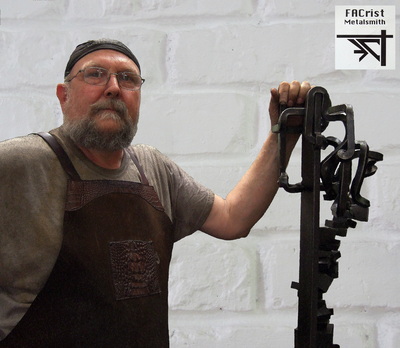 I live in Charlottesville, VA, and my studio is located in an industrial complex in Waynesboro, VA. It is about 1500 square feet filled with the usual blacksmithing tools, 2 mechanical power hammers, a 60-ton press coal forge and gas forge, 5 anvils of varying sizes and a multitude of hand tools made and collected […] 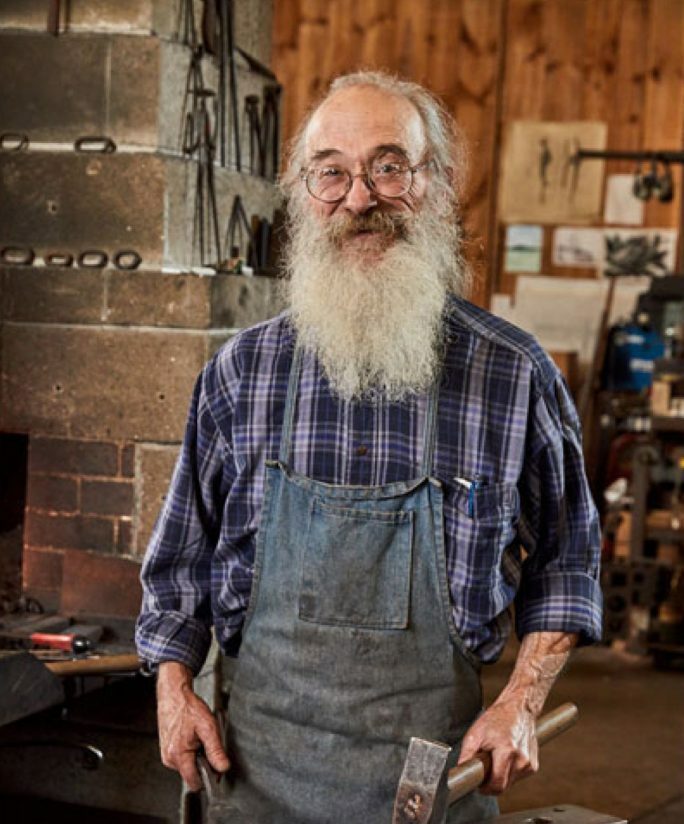 Doug Wilson received his BFA from Michigan State University, East Lansing, MI., in 1973. A metalsmith since 1973, and operating his studio on Little Deer Isle since 1981, his work has been included in numerous private collections, national exhibitions and publications. He has been a demonstrator at several national and international blacksmithing conferences including six […] 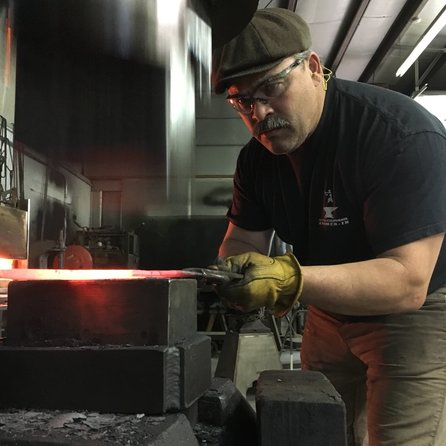 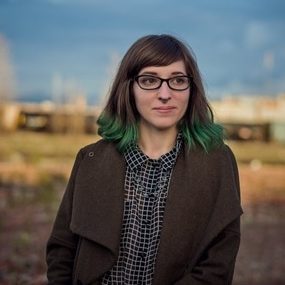 Erica Bello studied metals/jewelry design at the Rochester Institute of Technology’s School for American Crafts where she received her BFA. In 2014 Bello won the Halstead Grant for emerging artists and in 2017 she was chosen to speak at the 46th annual Society of North American Goldsmiths conference as an Early Career Artist. In addition […] 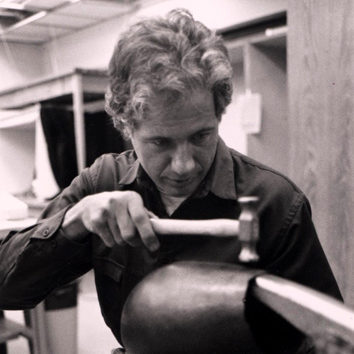 Tom Muir is Distinguished Research Professor at Bowling Green State University, where he is head of the Jewelry and Metalsmithing area in the School of Art. He received his MFA from Indiana University, Bloomington, and his BFA degree from Georgia State University in Atlanta. Mr. Muir has lectured and taught widely, holding positions at universities […] 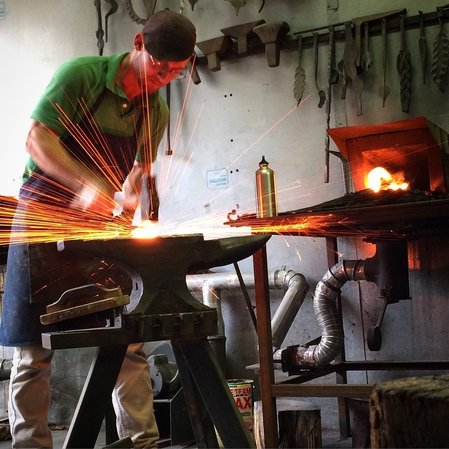 Daniel specializes in high end functional items, architectural elements, and unique decorative artworks. He pursued his artistic education at Southern Illinois University (SIU) graduating in 2014 with a concentration in metalsmithing and sculpture. Daniel further enhanced his artistic abilities and technical knowledge by having worked for many accomplished metal artists within the United States and Canada. He has […] 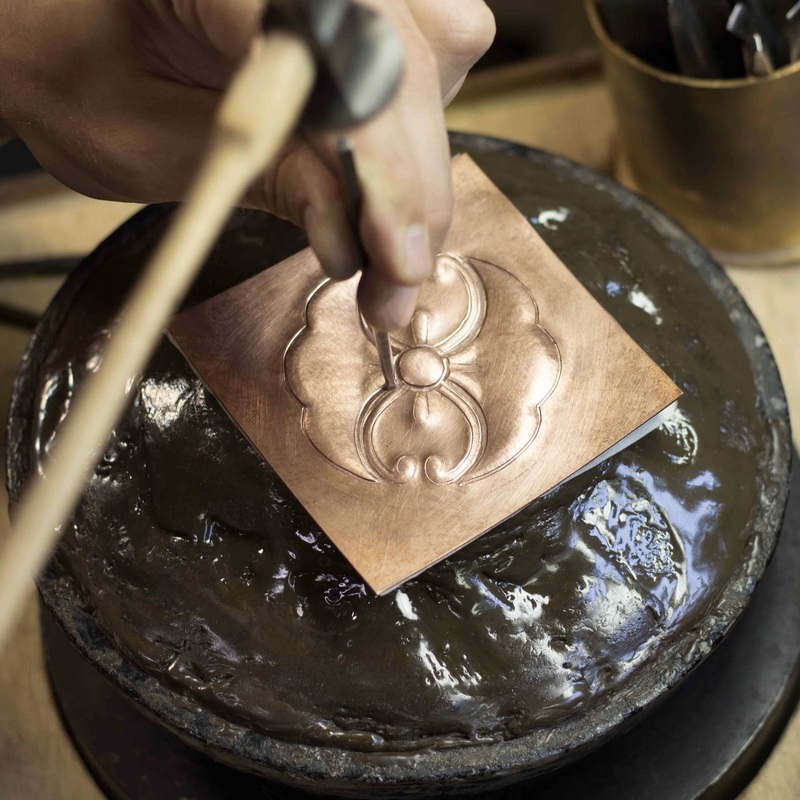 Adam Whitney has been a metalsmith for over a decade. His skill set is varied and reflects the wide processes and techniques pertaining to metalsmithing. Adam received his BFA in Crafts from Virginia Commonwealth University where he concentrated in Jewelry and Metalsmitihing. He further developed his skills in metalsmithing as a bench jeweler making custom […]